ConnectNorth Business Park is the latest industrial business park development to be completed by McMullin.

ConnectNorth is the second large Business Park that McMullin has developed in Melbourne’s North. Located between two of the major arterial roads in the area, Cooper Street and O’Herns Road, ConnectNorth sits alongside McMullin’s Northpoint Enterprise Park in the suburb of Epping.

With development completed in mid-2019, landowners have started building on many of the new allotments. There are now plenty of great-looking commercial and industrial buildings taking shape throughout the Business Park.

As a developer of working environments, McMullin looks to embrace the social, environmental and historical features on our sites, as these assets become our responsibility to preserve, protect and retain. ConnectNorth Business Park has several features that our team worked hard on to reinterpret and enhance, in consultation with Heritage Victoria and Whittlesea City Council. 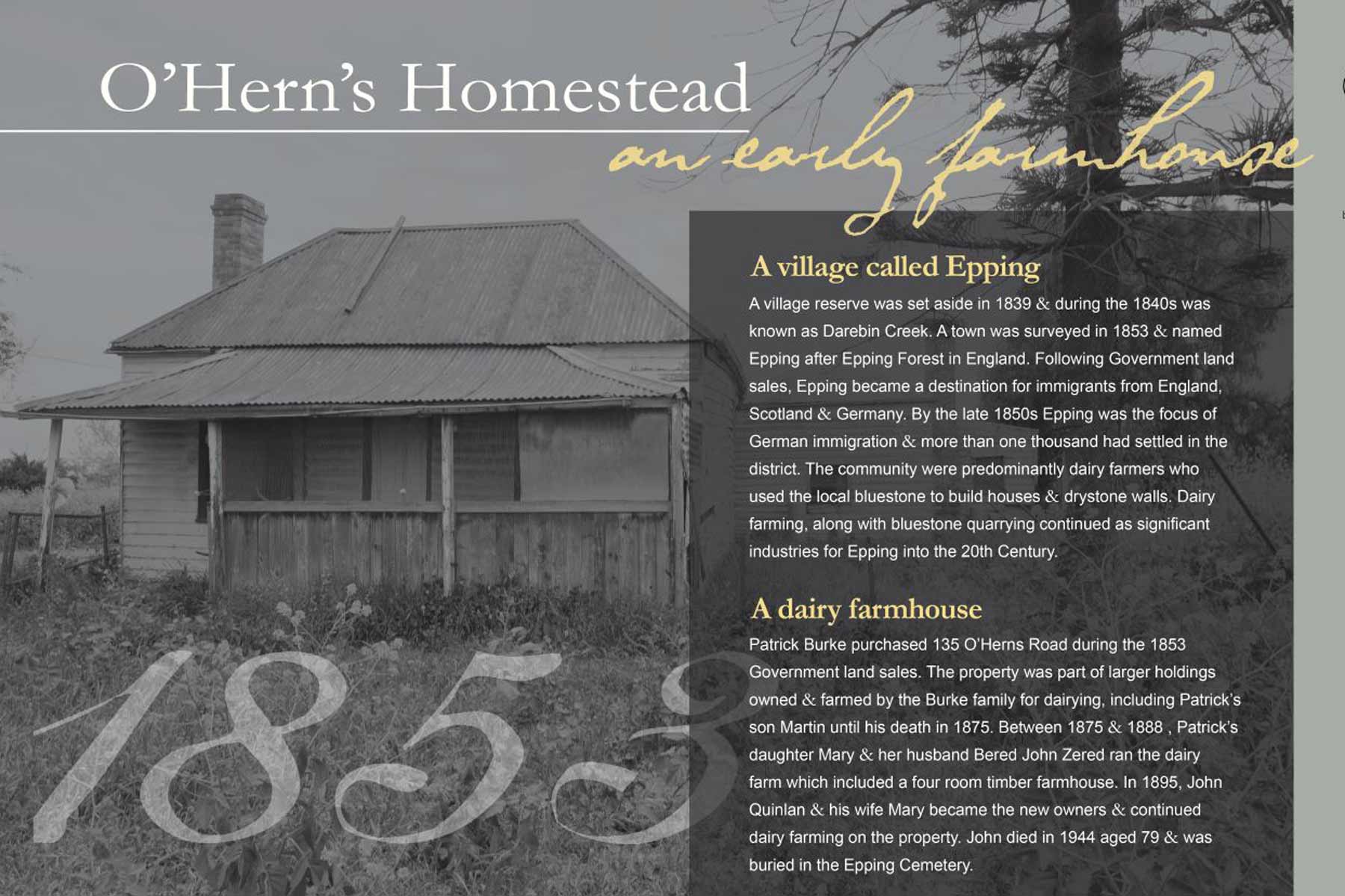 The original homestead (c. 1890) at 135 O’Herns Road was the residence of early settlers; the Quinlan’s occupying the homestead and running a dairy farm from the 1890s to the 1940s. Eventually, the building fell into disrepair, and in 2010 was destroyed by fire. In recognition of this historically significant home, the chimney bricks that survived the fire, and the bluestone pavers that surrounded the building were retrieved and used to recreate the homesteads original footprint in the newly created Reserve at the end of Quinlan Road.

The area surrounding the recreated homestead’s footprint has been transformed into parklands, including picnic facilities for use by nearby residents and workers. Cutting through the parkland is a recreated dry stone wall as well a grassy knoll that is home to some of the regions native grasses.

There is a natural stony rise on the land which has been the bastion of several protected grass species perhaps due to the fact it was too difficult to farm or use for agistment. This ‘grassy knoll’ as it has come to be known, has now been preserved, surrounded and protected by selected landscaping. This parkland adjoins the new homestead reinterpretation and picnic area.

This region was well known for its drystone walls, routinely built by early settlers to divide property boundaries, internal paddocks and livestock pens. Whilst much of this heritage no longer exists, McMullin has reconstructed sections of these stone walls and rebuilt a section as they would have historically stood throughout the region. These dry stone walls have become a feature of the parkland and picnic area that includes the homestead reinterpretation and the grassy knoll.

McMullin acknowledges the considerable input from our team of consultants and contractors including in bringing this project to fruition, including; 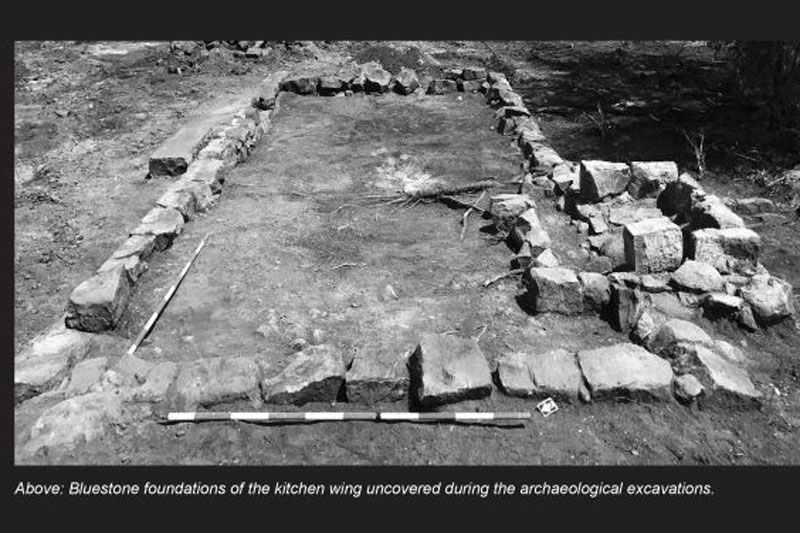